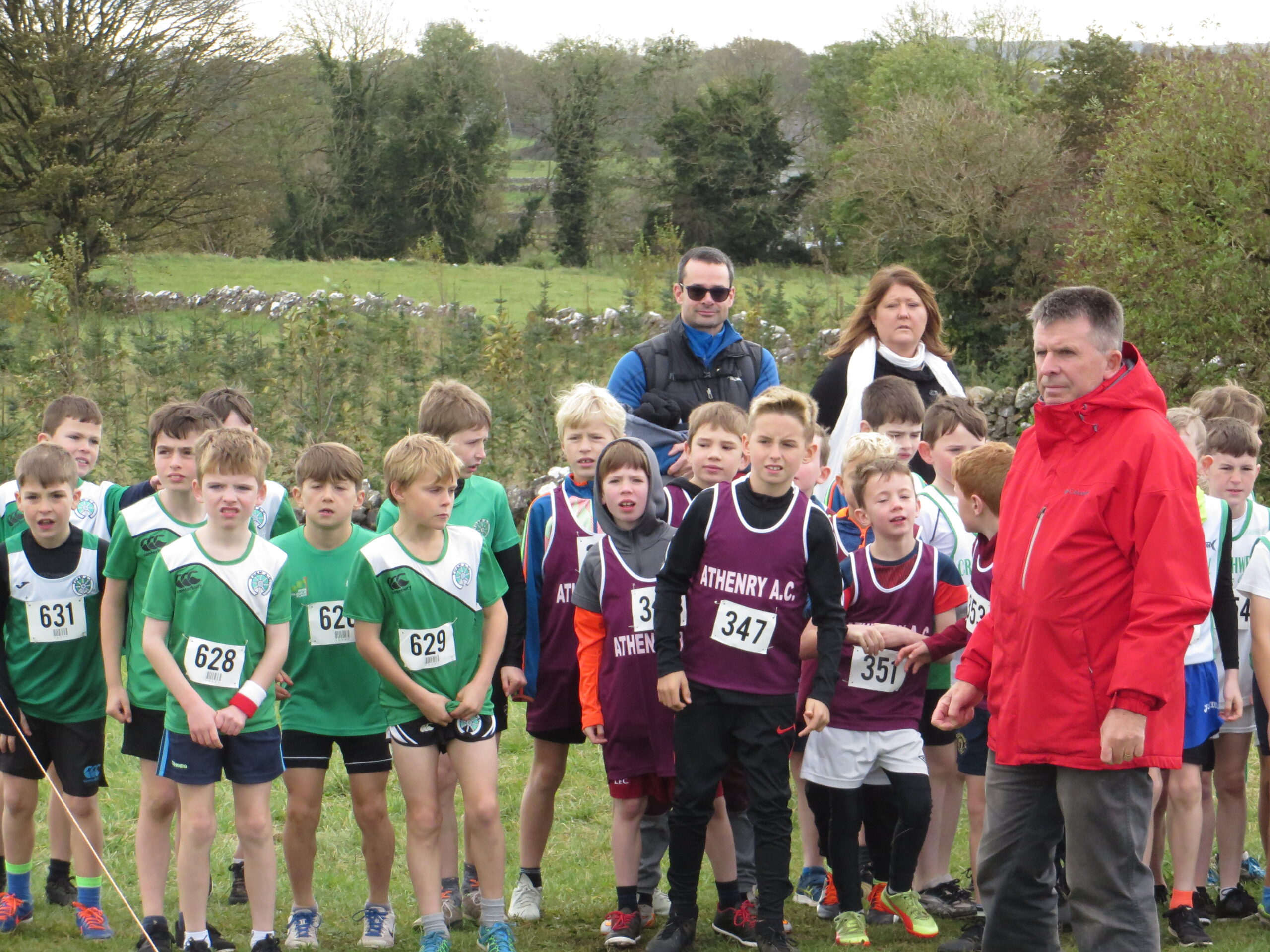 The second day of the County Cross Country Championships, for the ‘even’ age groups took place on the excellent Bushfield circuit in Loughrea.  Conditions were excellent for some fun in the mud, on what is often a challenging circuit involving some sharp hills, long drags up and down and the chance to spot your targets for overtaking as you run around.  In the U10 Girls race we were unlucky to have our team halved due to illness, but Éalga Monaghan and Hannah Healy took on the course to finish in the heart of the action.  Our bunch of eager U10 athletes, most of them moving up an age from U9s put in a great team effort to finish 6th team out of 11.  Shane Tomas led the team home, close behind some very strong Tuam AC and Craughwell AC athletes.  Nathaniel Drapiewski, Lincoln King, Alex Shaw, Odhran Madden, Liam Cake, Aleksandr Browne and Jack Duane put in an excellent team performance to help Athenry finish well.  The hours these young athletes have put in is starting to tell and they have made good progress since September.

The ever present, and ever smiling Alice Church joined Alison Canavan and Saoirse Duane for the U12G race.  Unfortunately illness again played a part in Athenry not being able to field a full team.  All the girls ran well with Alice leading home in the top half of the field.  Unfortunately other sports took our U12 Boys team to other parts of the county and so we had no entries at all in that group.  At U14 we had Bronagh Deeley in the girls race, finishing 6th and taking some very notable scalps on the way.  Bronagh also was on hand to look after the younger athletes during the day, which is something we actively encourage in the club.  Sean Doggett again finished among some top class athletes in the U14 Boys race, and should rightly consider himself on a level with these athletes.  Unfortunately Sean was just edged out the medals by ex-Athenry AC team mate Cian McNelis.  As Liam Shaw was on on throws duty further up the country (see below) we had no representation in the U16 boys.  We had one further athlete running, Aine O’Farrell, who is in her final year as an U20 athlete.  Aine was competing in the County Intermediate championships which were being held at the same time as the juvenile competitions.  Aine is pictured below (thanks to Galway Bay FM Sports for the photo), with Edel Kelly who made it an Athenry 1-2

Timetable for Day 1 of 2020 Galway Indoors