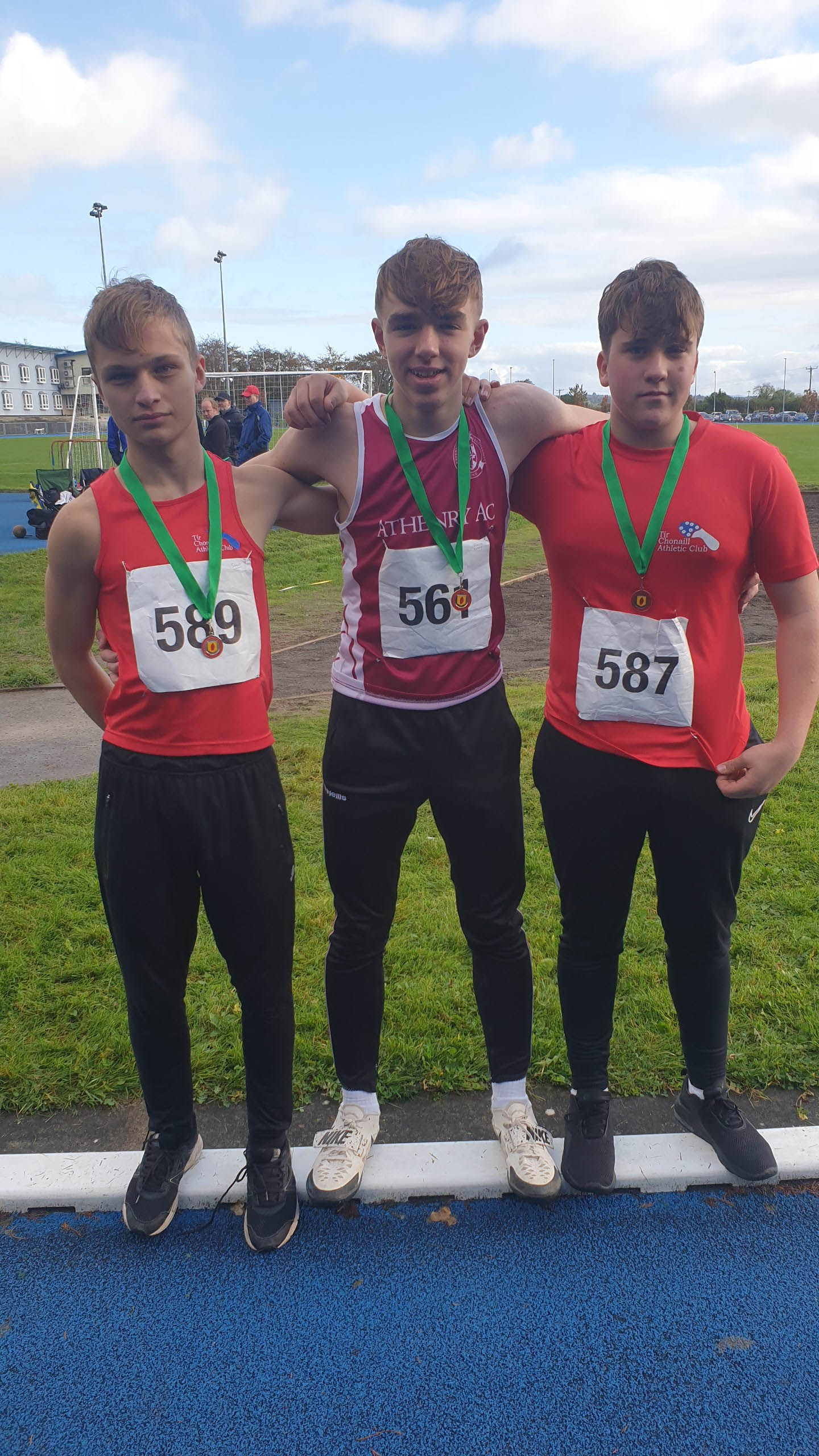 Whilst our cross country athletes were churning up the mud in Loughrea, a small group of Galway athletes took the long road up to the Finn Valley Centre in Stranorlar, County Donegal.  This was the first running of the Ulster Winter Throws, hosted by Ulster Athletics.  Bernie O’Callaghan, who was the brains behind the competition had extended an invite to Liam Shaw to compete several months ago, and Liam was keen to travel to the home of some of the countries finest throwing talent, past and present to show what he has to offer.  For this competition, Liam had to move up an age group to U16 which also meant having to throw a heavier shot (4Kg) than his usual implement.  As this is the shot weight he will be throwing in next years competition he has just started training with it, so this was an interesting baseline for the winter training season.  Against some stiff competition Liam managed to heave the ball out over the 14 metre mark, landing it at 14m33 for the win.  This was the longest throw of anyone for the day and did elicit a few ooohs and ahhhs from the crowd as it was launched.  A very appreciative and knowledgeable crowd were very kind to Liam and acknowledged his performances on the day.  Liam finished his day with the discus coming in bronze medal position with 28m13, some 10m down on his throw that took National Silver in July.  However this is the first time LIam has had a discus in his hand since that day and overall he was happy with his performance.  A great day was had by all and we look forward to the next of the Ulster Throws events.