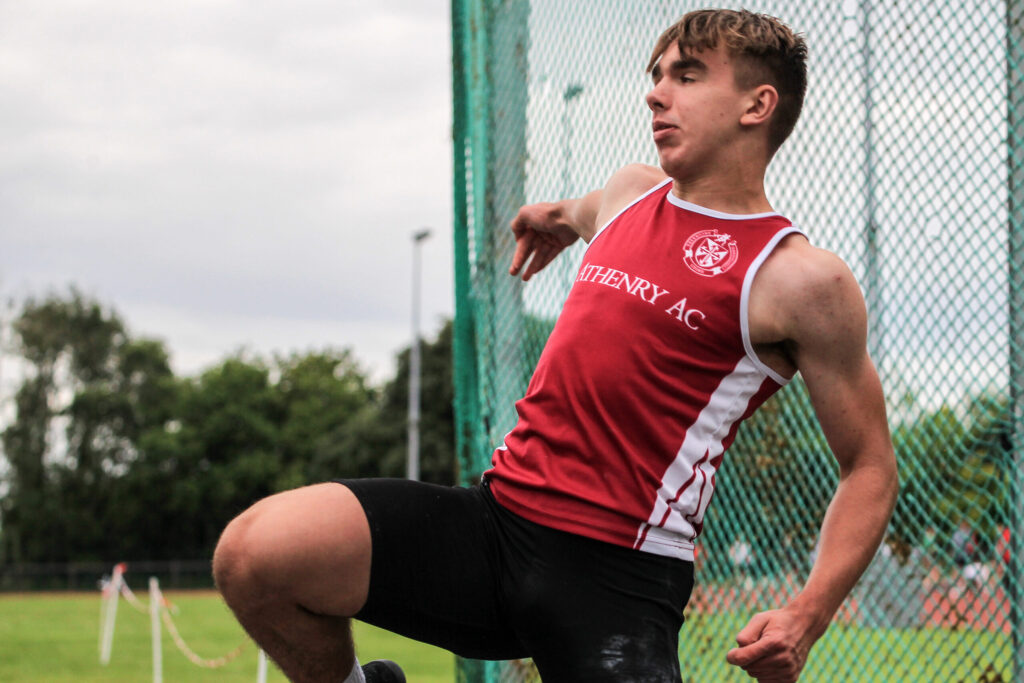 After a very compressed domestic juvenile track and field season, it all comes down to one final weekend, the National Juvenile T&F Championships. Athenry will have two representatives at the games, Sean Doggett and Liam Shaw.

Sean has made huge leaps forward this year and has been destroying his 800m PB at nearly every race he takes part in. He is now hovering around the 2:10 mark for the 800m and hopefully his recent training sessions with the Craughwell Wolfpack under the guidance of Mark Davis will help him take another chunk of time off that PB when he toes the line on Saturday 7th August around 4:30pm. Fifteen athletes from across the country will line up for the race and there really isn’t much in the way of difference in qualifying times between them so this really is anyones race.
It is hoped that a live stream of the event will be made available by Athletics Ireland.

Liam continues to move forward with this throwing and has cemented his position as one of the top juvenile throwers in the country at the moment. Liam is having a perfect year so far in the shot, winning Galway, Connacht and National Junior titles, and also Galway and Connacht Juvenile titles. He was not quite able to keep that streak for the discus, winning gold in all competitions except National Junior where he had a momentary lapse of concentration in his throwing and finished in 4th place just 9cm behind bronze medal position. His recent win at the Galway Juniors was 3m further than the winning distance of the National Junior title. Liam goes into Sundays finals as clear favourite in the Shot, having thrown nearly 5m further than his nearest rival. In the discus, Liam takes a 6m advantage over nearest rival, Cian McKenna of Ulster.

Athenry AC wishes every success to Sean and Liam this weekend.


(Many thanks to John O’Connor (https://flickr.com/photos/edenhill77) and Stephen Doggett for pictures)