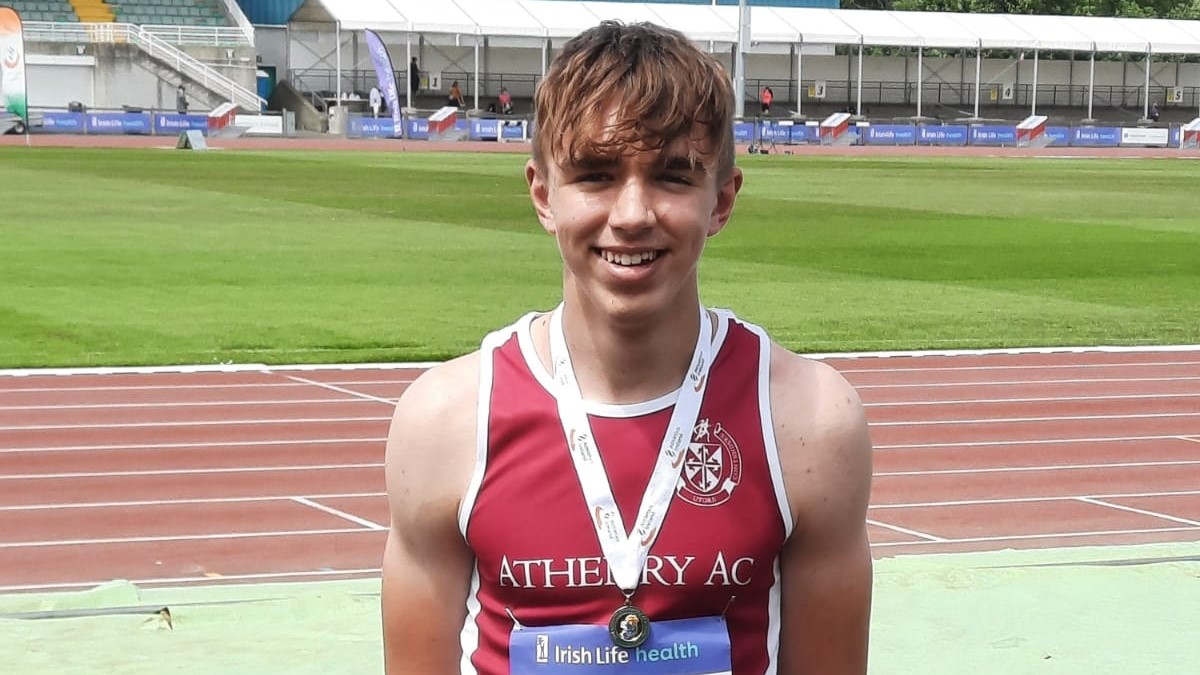 Whilst the youngest members of the club were strutting their stuff in Dangan on Saturday, on the other side of the country our oldest juvenile member, Liam Shaw was doing his thing at the National Junior T&F Finals in Santry Stadium, Dublin. Liam is ‘out of age’ for the juniors, which means that although he is eligible to compete, he is still officially in the youth category rather than junior. This pitted Liam, who is still only 15, against much older athletes, some as old as 19. This however does not phase the youngster who is looking to secure his first Ireland vest this year, and has his eyes firmly fixed on a European U18 qualification standard in shot put next year. The Junior category also meant that Liam threw the heavier 6Kg shot put, compared to the 5Kg which is the norm for his proper age group.

Liam led the competition from his very first throw and at no point did anyone throw further. His series of throws were:
11.81m, 13.55m, 12.92m, 12.91m, 14.27m and 13.21m. Liam ended up having the three longest throws of the day, and came away with the gold medal and his first junior title. Not bad for the youngest lad in the competition throwing a heavier weight than normal.

Note: It has now emerged that Liam is the youngest holder of the National Junior Shot Put title at 15 years and 267 days. This beats previous youngest, John P Leahy by 24 days who was 15 years and 291 days when he took the title. Third youngest is Paul Quirke (15 years and 329 days) who went on to represent Ireland at the 1992 Olympics

On Sunday we once more headed to Dublin, this time for the Junior Discus. Again, Liam was the youngest in the field and he was throwing a much heavier discus than normal. Unfortunately Liam struggled to stay in the ring after his throws and picked up 5 fouls, and set just a single distance which gave him 4th place. His other throws all measured 35m+ which would have given him the win. Considering all Liams discus training is done in a gravel carpark in a local pitch, and there isn’t a single decent discus circle/cage in the County, he did very well.

So this is year 1 of Liams Junior category competition, with 3 more years in this age bracket to go. The National Record for shot put at Junior level is listed as 16.58m for Victor Costello (yes, THAT Victor Costello), although I think there may be a mistake in the listings as I believe it may be 17.33m set in 2003. Either way, we now have a target.